Howdy! I apologize for taking so long to continue my blog. I promise to work harder to keep it more active. I must also apologize for delaying my promised next installment about my first trip in my RV to scatter my husband’s ashes. That will be my next entry.

Since the movie was part of the inspiration for my novel, Untamed Valor, I’m writing today about Logan’s Run.

Its director, Michael Anderson, passed away last week at the age of 98. The movie came out in 1976. It wasn’t a great movie, but it still has lots of fans. I’m one of them. It also turned me into a Michael York fan.

As usual, the book of the same name is different from the movie, but they did a decent job with the movie. Can’t say the same about the TV ser 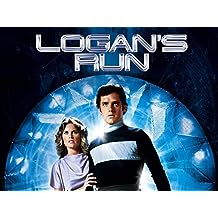 ies that came along later, but it still had me watching. I was kind of relieved when the series ended. It never seemed to catch the spirit of the movie or the book. Frankly, I liked the movie better than the book. As usual, the movie left out big, important chunks of the book. For example, the book explains the character “Box” much better.

I was interested to learn that Michael Anderson co-directed his first movie, 1949’s Private Angelo, with Peter Ustinov. So cool that Ustinov played the old man in Logan’s Run. I always wondered how they landed him for the roll. Now I can guess. 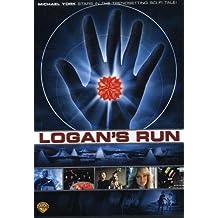 I thought those glowing “life clocks” in the palms of their hands in Logan’s Run were too easy to hide. If they were stuck on their faces, it’d be much harder. So in my Valor series my City characters get the crystals implanted in their foreheads. My crystals can do a lot more than reveal one’s age and talk to the computer (“identify”), which is all they do in Logan’s Run.

The acting wasn’t great and the sets were simplistic, but the idea was appealing. A futuristic utopia where everyone is young, Logan’s Run has a lot to say about human values and the human spirit. Scenes were shot in Dallas and Fort Worth, Texas, which makes it even cooler to this Dallas-area transplant.

Thank you, Michael Anderson, for the movies you brought us, especially Logan’s Run.